The (ultimate) Guide to Open-mindedness 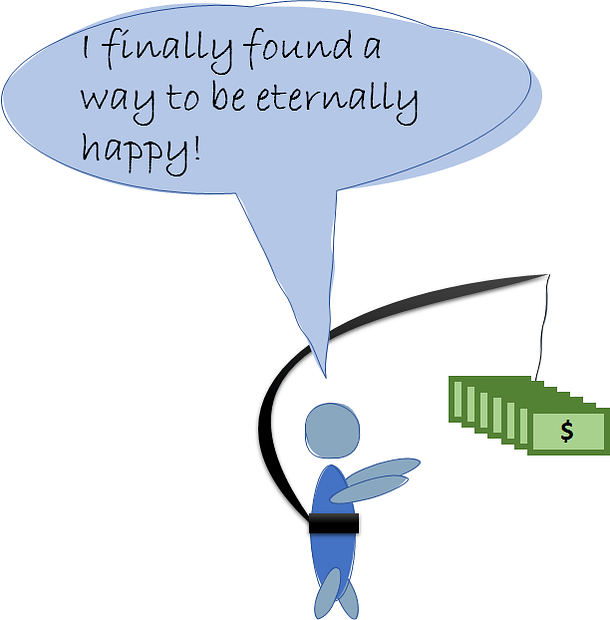 An idea can change the world but… A new idea often meets rejection. In that regard, late Steve Jobs said:

Of course, most of us think we are an exception and that we deal properly with novelty.

Our brain is organized in circuits. Many tasks we perform daily are hardwired. For instance, we have a specific circuit for suppression (brushing aside unimportant staff), for enhancement (diving deep into one focus area), to deal with predators, another for hunting and even one for cursing!!!

I have a question for you. Which brain circuit do you think we use to deal with novelty?

To me, the answer was obvious, hunting! Hunting is going after things, it’s exploring untapped territories! Dealing with predators is the exact opposite. It’s about avoidance.

Well, according to Professor Jordan Peterson, and to my surprise, we use the “escaping predators” circuit! You may say, well as long as it triggers curiosity who cares? The problem is, it comes with two significant downsides:

In net, it’s an “avoidance curiosity”, not our best exploration companion so to speak.

Are you pretending that humans are not explorers?

It all depends on how you define exploration.

Exploration is embedded in us. When all our needs are satiated our natural state is not idleness but exploration. Yet each of us does it her/his way depending on her/his personality. Some go for social exploration (i.e. meeting new people), others explore ideas…

Only a minority are fearless explorers who are ready to shake their belief system.

This article focuses on what characterizes most humans. Hence increasing odds of success of the proposed solutions.

Idriss Aberkane says that any breakthrough idea is perceived roughly in 3 steps:

Imagine if we had told NASA in the ’60s that each of us will have in his pocket a device (smartphone) that has more computation power than the infrastructure used to land Apollo on the moon. At first, they would have thought it’s ridiculous. Then getting a grasp of its feasibility, they would have thought it is dangerous. In effect,a smartphone is smart enough to threaten national security (e.g. serving as ballistic missiles guidance among others…). At last, today, nobody cares, it’s normal.

There is a biological reason for that. I guess most of us heard the story of our 2 brain hemispheres. Well, here is the latest one from Professor Iain McGilchrist author of The master and his emissary.

McGlichrist reestablishes the idea of specialization of the two hemispheres. Roughly, the right part is responsible for 1. detecting predators and 2. exploration (unknown), the left part takes care of 1. going after preys and 2. focus on known stuff.

The “negotiation” process is activated because the left hemisphere doesn’t like newness and prefers steadiness. It adopts a defensive mindset. The most common strategies, that usually happen in a sequence are:

Those living in the Valley, know how costly such thinking patterns can be. Imagine being pitched the following: Invest in a social network with no users. The limited number of users had to throw in the void 140 characters… and nobody is listening! The business model is yet to be qualified.

THE ORIGIN OF RESISTANCE

It seems like when talking about adopting and adapting to change, our subconscious brain is not our best friend.

a. Survival Mechanisms inherited from the caveman

Our ancestors lived in a hostile environment. Food was not always handy and predators were waiting around the corner. Our brain’s primary wiring was related to survival. For example:

We are not designed to be Open-Minded creatures. Unknowingly we are highly conformist. Yet…

Our survival mechanisms do not help openness and neither does our language.

b. A not so precise language

We often misuse language and it goes unnoticed. Over the long run, we tend to believe what we say repeatedly. No wonder repetition is a key component of a billion dollars industry like advertising. Part of having an Open Mind is watching our language. Here are 3 occurrences where language influences openness:

When you have a breakthrough idea:
. friends doubt (opinion vs. feedback)
. experts discourage (watch out vs. no go)
. you act (learning curve)
. market decides
-K
Click to tweet

Fear is one of the strongest human behavior drivers. In today’s world, the myth of the superhero we are all supposed to be shadows this reality. Courage is not the absence of fear but rather the ability to manage it.

Not being aware of one’s fears either puts us at risk or prevents us from living a meaningful life.

Just keep in mind that this system is somehow outdated since we left the primitive jungle. We seldom meet snakes in the streets or at work. It’s true some humans have taken this role. But reacting to human reptiles as we would for snakes has repeatedly proven unsuccessful. ☺

In its primordial form, disgust is a sort of a defense mechanism that prevents from going towards harmful things. It doesn’t stop us from exploring, but it puts boundaries on our bursts. It allows testing the limits without doing totally stupid things.

As life has become more complex, this circuit has been leveraged to manage “psychological situations”. You wouldn’t be surprised if I told you that it serves as the infrastructure for the surge in current “identity confinement”.

If your parents (or teachers) filled your brain with affirmations about what is right/true rather than questions… well you’ll most probably be close-minded by adulthood.

To sum up, our brain is not wired for openness but rather to help us survive in an unfriendly environment. The question becomes…

HOW TO HAVE AN OPEN MIND?

That’s a tough question, especially that nobody has the absolute measure of what an open mind is. Still, it deserves giving it a try.

It boils down to adapt to your natural operating mode by:

a. Hijack your subconscious brain

When reacting to an event, our brain searches the existing database of possible responses. This means, however conscious our decisions are, they are directly dependent on information and experiences that are already stored (i.e. known) in our subconscious brain.

The only way to maintain a true open posture is to hijack our subconscious brain to be able to integrate new options in our response. This is not an easy matter but is feasible. Read more if interested: How to Hijack Your Subconscious Brain? — On Openmindedness

b. Putting in place new habits

Here is a list of recommendations that can help in that regard:

Hopefully, the above habits will gradually help reinforce an open mind.

On to the final step…

We, human see opposition where there is complementarity – K

A CONCRETE PROCESS THAT SUMS IT ALL

To avoid missing once in a lifetime opportunities, whenever shocked by an idea and feeling an overwhelming urge to reject it, I suggest trying the following process.

More than the exact sequence, what matters most is the mindset behind as shown by the subsequent example.

Curiosity is about asking the right questions and giving them enough time to take ground. It’s how soil reacts to a seed. Soil doesn’t see the insignificant quantity of matter a seed represents but rather the potential tree it can yield.

I once had a discussion with an ex-colleague on how to gauge recruitment criteria. He was convinced there was no way we can fathom candidates’ true values asking questions. I had a different opinion. Here is how our discussion went. The keywords related to the above process are written in uppercase.

Me: I believe we can fathom candidates’ true values by asking questions.
Him: What you are saying is quite surprising to me (FEELING). I’ve tried it in the past and it didn’t work; candidates will anyway give you an answer they think is satisfactory rather than state what they deeply believe (BELIEFS). WHY do you think it would work?

Me: One of the first questions I ask in job interviews is “what is the one thing you did you are most proud of?” I pay close attention to the impetus behind the answer. I once had 2 candidates shortlisted. One of them answered “I’m proud of having been promoted twice in the same job”; no focus on what value she brought to the company, colleagues or community and a clear focus on self-importance. That’s exactly what I don’t want inside the company. The second candidate answer was more in line with how I see the world. It was related to helping disadvantaged couples organize their wedding party. You know wedding parties are not my cup of tea but guess which one I hired ☺?
Him: Um… The second I’m sure…

Me: Yes. Just make sure you do not focus on the example but rather the motivation behind it.
Him: This question looks powerful, do you have others to share (SKILLS)?

Me: Yes there are a few. I’ve summarized them in an article I can share with you. But here is another one right away: “Tell me about a time you broke the rules”. Breaking the rules is often a characteristic of successful people, yet they have to take special care of respecting others in the process. Usually, the candidate is so excited and proud about proving s/he does not bind to conformism that s/he reveals insightful information about which values are sacrificed first in the race to greatness.
Him: Looks nice. But I really need to give it a second thought (HINDSIGHT) and maybe also give it a try (TEST)…

See how the above ingredients can yield significant gain of trust and time. My colleague could have gone on for years interviewing like he always did. There is no apparent miracle happening, it’s all about gaining time and reacting faster than most others. And over time, the cumulative effect of delaying adoption is huge. Here is a self-explanatory equation I love!

Quick Side-note on what an Open Mind is not

Coming back to the definition:

Open Mind = ability to welcome what is not usual; be it habits, beliefs or values.

Welcoming is not accepting… Accepting requires validation. Having an Open Mind does not dictate we must adopt any new idea. We need to give it a chance, dig a little bit through questioning and action before rejecting or adopting it.

And remember to see the tree in the seed… ☺