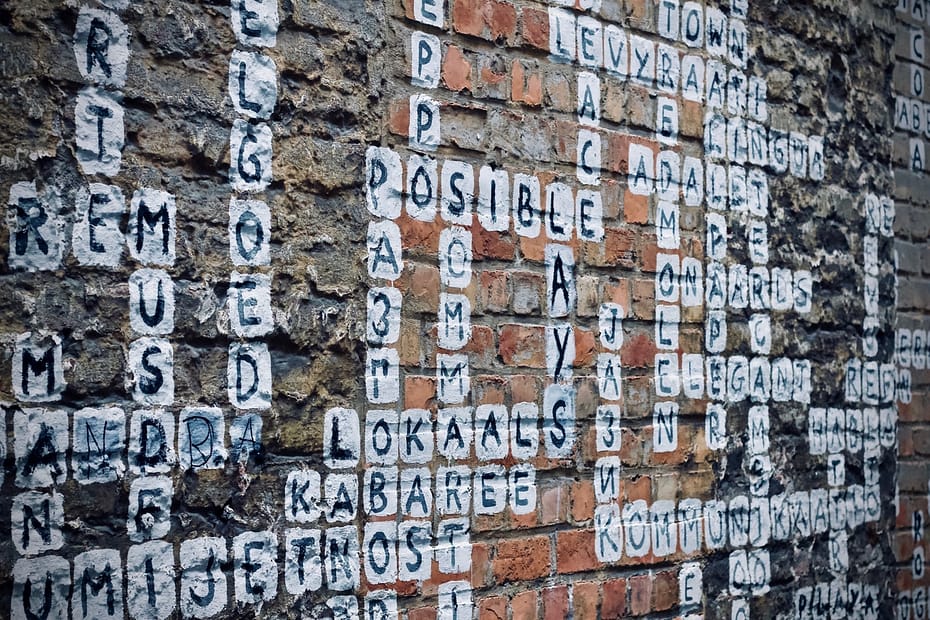 Why I wrote this article?

According to renowned Professor Lera Boroditsky, words structure thinking far beyond our imagination. It has an immediate influence on our mood, a deferred consequence on our beliefs and a profound impact on how we structure our thinking.

This article unpacks her studies and gives handy recommendations about how to better manage our inner voice and its impacts on our psychology.

Lately, I’ve had the privilege to meet a group of enlightened nice people over a 2 days retreat. Discussions were stellar, the mood was cool and the minds were wide open. I had a blast! ☺

At some point in time, a participant asked to borrow my sandals and called them slippers. I’m not used to precision when it comes to shoes but still promised myself to remember that word for future use. After all, why not?

Later during dinner, comments fused about the yummy dishes. We could hear people throwing things like “I LOVE roasted chicken”!

This could have gone unnoticed if… The next day, with tears in their eyes, people were talking about how “They LOVED their family”… It’s then that I literally bugged. I stood there open-mouthed for a few seconds. I was confused. Then my thoughts cleared up. I was wondering:

If we use that many words to describe precisely what kind of sandals we wear, why don’t we use more accurate language to talk about LOVE?

We mix up LOVE and desire. LOVE and pleasure…

…But if humans have enough time making up words for sandals, why can’t we refine our words to express things as noble as the LOVE?

It has been proven that our thoughts influence our language and vice versa. Professor Lera Boroditsky at Stanford University run numerous studies on the matter and found out incredible revelations. Here are a few:

Numbers: some languages do not have precise numbers. They would only use words like 1, 2 & many. No wonder those guys will never (re)invent algebra and that fair trade based on swap is not guaranteed ☺.

These are only a handful of examples that provide scientific evidence that language influences our thoughts, decisions, and aptitudes.

Conversely, many are perfectly aware of the insidious influence words have in their day job and behave accordingly. For some reason, we tend to forget it in every other aspect of our lives.

Language does not only influence your thinking, but it also structures it.

What about negative self-talk?

We all tend to remind ourselves how much we suck. This may be fine as all of us are inclined to screw up at times. We tend to blame it on ourselves which is somehow positive as we take responsibility for our acts. Yet by no means should it become a habit.

Our subconscious brain carefully records those statements until they become a general indisputable truth (a limiting belief). Then, some morning we wake up and, somehow, negativity has stuck with us… we are convinced we suck, period!

As you may guess, these statements kill self-esteem. Maybe there is a better way.

To improve your self-talk, there are 2 important distinctions to bear in mind.

In his brilliant book Predictably Irrational, Dan Ariely advises us to refrain from saying things our mind may misinterpret. Ranking from worst to best self-talk, below is a hierarchy to consider:

We now know the importance of positive self-talk and how to practice it in real life. So…