Empathy, Compassion, Sympathy… We are different! 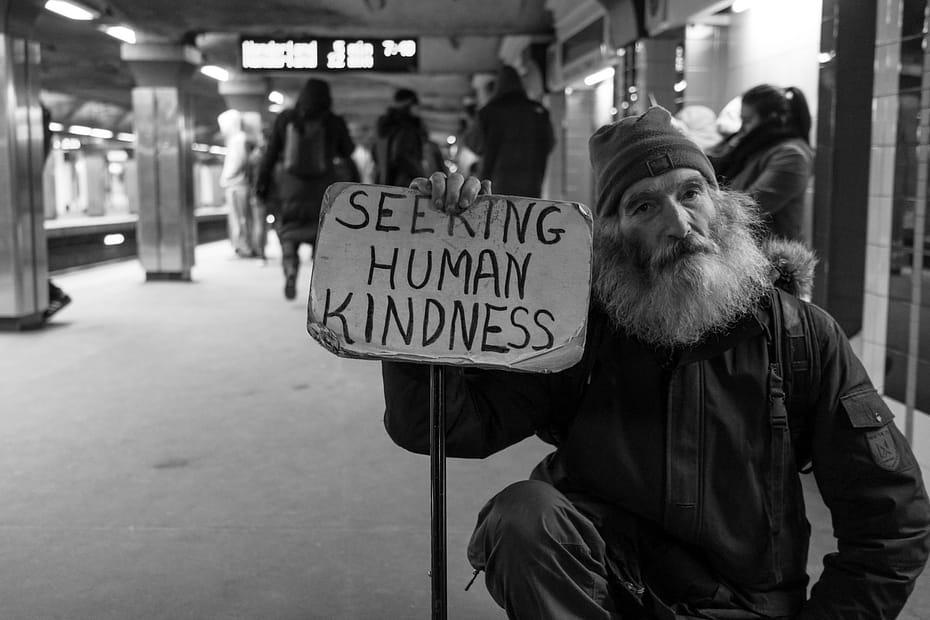 I promise if you read till the end I’ll tell you why Mother Theresa is not a compassionate person… But until then, let me share a personal experience…

Lately, I had a discussion with a colleague. We will call her/him Sam for the sake of this article and suppose Sam is a man.

Sam was quite a bad listener. Throughout the discussion Sam repeatedly interrupted me. I understood Sam had childhood wounds he didn’t heal. I felt sympathy for what he was going through. He felt the urge to have the last word. He had things to prove! Because I’m a highly compassionate person, I would let him interrupt me. He couldn’t resist that crave…

Hum… Sorry, just lied to you… It didn’t happen that way. I’m not a very compassionate person nor did I feel that much sympathy for him. And, and, and… I’m not a monster neither! Yes, I’m an empathetic person! 😇

How come? Limited compassion, little sympathy and yet high empathy?!

Yes because each of them is a different thing… But before diving into the differences, I would like to finish my story…

So because I’m an empathetic person, I would adopt an open posture:

2. Meta-communicate: I would point out that the communication process would be eased if each could finish what he had to say before the other jumped in… and careful with the tone of voice, it should be assertive, neither begging nor teaching.

3. Give feedback: after the discussion, I would, from time to time, have a face to face feedback session to explain that what he was doing wasn’t good neither for him nor for me. He needed to get a hold over it. No easy thing to do. Still, the need was there.

By doing so, I’m contributing to building his self-awareness. This would help him manage a much broader range of situations with other colleagues. This is contributing to his growth as an individual.

On the other hand, if I would just let him interrupt because I know how tough it is for him to behave, I’m not allowing any transformation to happen. Why not short term? But it doesn’t build anything. Every new situation is a new transaction to manage. There is no learning curve. No maturity. Just the same old thing that repeats itself. Time passes, he gets older but doesn’t grow up…

So what’s the difference between empathy, compassion & sympathy?

There are two types of sympathy. The first is about somehow adhering with the cause or statement. As Stephen Covey puts it:

Sympathy is a form of agreement

Something in the situation triggers your acceptance. You relate to the matter because it is in line with your conviction and/or values.

The second type of sympathy is about having an emotional connection to the situation or the person; we feel for the other. Despite that, we don’t act. Some may even relay your problem/situation to the whole planet, others might pray for you but none of them would do a thing… This is what most of us felt for the Amazon or Notre Dame de Paris while burning. We felt, shared but didn’t act.

Then there are some who will both feel that emotional connection and try to save you. Those are of the compassionate type.

If you are used to playing the victim’s role, they come as a perfect complement to the drama at play. If not you will feel, they are invading your privacy. You didn’t ask for help. Why are they that persistent?

The below table explains the difference between both concepts using 3 criteria: emotional connection, action, and agreement.

What is empathy then?

Empathy is a different animal.

It is not an emotion but an attitude.

It requires understanding the other’s perspective. A mere emotional connection doesn’t play the trick. An empathetic person may act but it’s a choice, not an irresistible urge like for the case of a compassionate type.

While compassion & sympathy are personality traits, empathy requires practice. Understanding others is not about mind-reading. It’s about utilizing our observational skills and asking the proper questions. By the same token, high EQ does help to perceive others’ emotions without necessarily connecting to them.

To integrate empathy into our matrix, we need to add an extra criterium: understanding.

Q: What is the biological role of compassion?
A: According to doctor Jordan Peterson, compassion’s primary role is childcare (but not exclusively). Parents, need to be compassionate enough, so that when a baby cries out they take good care of her/him instead of hitting her/him on the head to shut the hell up. By the way, this is exactly what a male bear would do to the cubs. When not kept away by the female, the male often ends up killing the cubs! So compassion is highly useful in dealing with kids!!!

Q: Ah so compassion is for kids?! Is it any good for adults?
A: Imagine if an HR manager had to connect emotionally to a full organization to do properly her/his job?! Not feasible, right? A real drain of energy! Now imagine a nurse…

Lately I met a compassionate nurse that worked in oncology. Since she joined this department, she lost 15Kg and I can tell you it wasn’t desired. She does a great job… But she kills herself doing so. She could do as well, if not better while saving her soul by being less compassionate and more empathetic.

You got the point, connecting emotionally is not always a good thing. Seeing the world from others’ perspective is most often enriching.

This is where Mother Theresa jumps in…

Mother Theresa was once in Africa for a kids’ vaccination campaign. Upon her arrival, she was informed that the vaccine was available in sufficient quantities but that kids-sized syringe needles were out of stock. They had to use adults’ ones. While part of her staff was hesitant, she instructed using what was available at hand. Not the most compassionate decision you would say. Yes, but it does move things forward for the better.

When to use empathy?

Simple answer: as long as it is not an energy drain… all the time and with everybody!

Empathy takes time, and efficiency is for things, not people – Stephen Covey

Longer answer: let me clarify why…

Empathy can help in almost any context:

Understanding others’ perspectives is damn useful. This is a general truth that holds in many contexts. Even “negative” ones… Yes, while we may intuitively think that we need things like trust, credibility… and the like to build empathy, it is not a must. Consider the following examples:

If you know the enemy and know yourself, you need not fear the result of a hundred battles.

The only limit of empathy is the energy and time it requires. You cannot afford to use it all the time. But it is useful with different audiences including your enemies.

Just like Mother Teresa, leaders that contribute to others’ growth emphasize empathy over compassion and sympathy.

In fact, to sum all up, empathy is simply about treating adults as… adults!